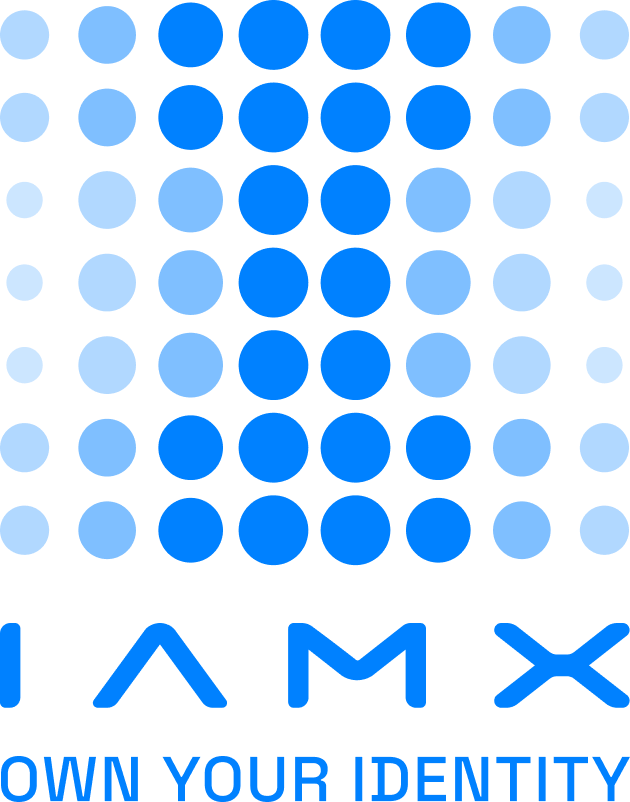 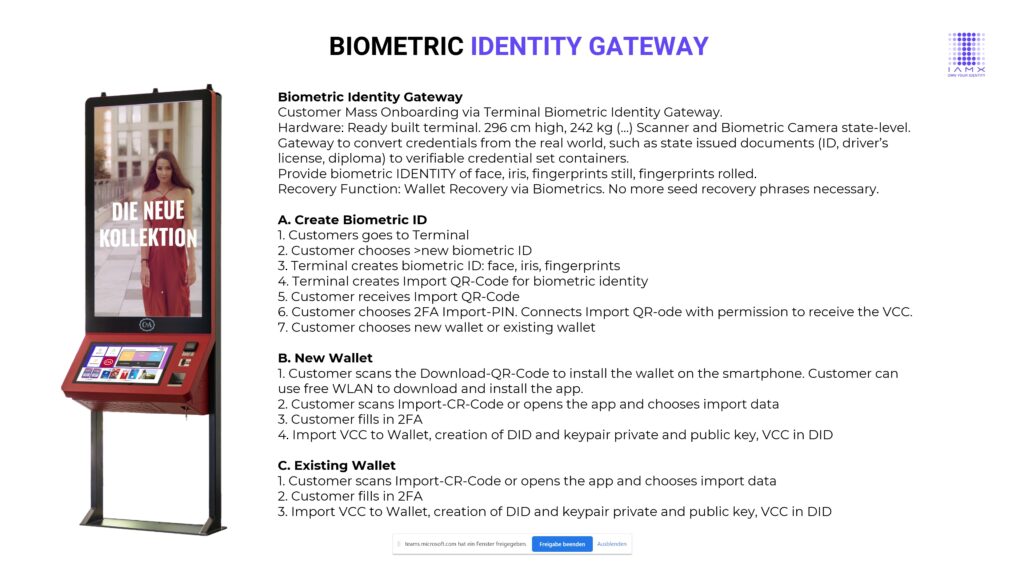 No storage of personal data.

Storage, that Authentication Agent has authenticated biometric Identity of face, iris and fingerprints, possible to combine with X attributes needed by the verifier, in container sets. Adding of biometrics to the attributes.

Issuance of verifiable credential data set containers, only if person on ID and person standing in front of terminal are matching.

Biometric binding to DID with Smartphone vs Biometric Identity Terminal

Smartphone generated biometric binding to a DID is possible. The difference to the IAMX system is based on the level of assurance, as described above.

The captured raw biometric data does not leave the terminal and is processed by biometric hash methods to provide only these secure and non-reversible hash results. These hash results can then be compared with a second biometric hash data-set, which was created elsewhere (different location, different time). The result of the comparison is the deviation or agreement (in %) of the two raw data sets that led to the respective hash results (vector model). This is based on various standards, such as https://www.iso.org/standard/52946.html.

Drop us a line
Ambassador Program